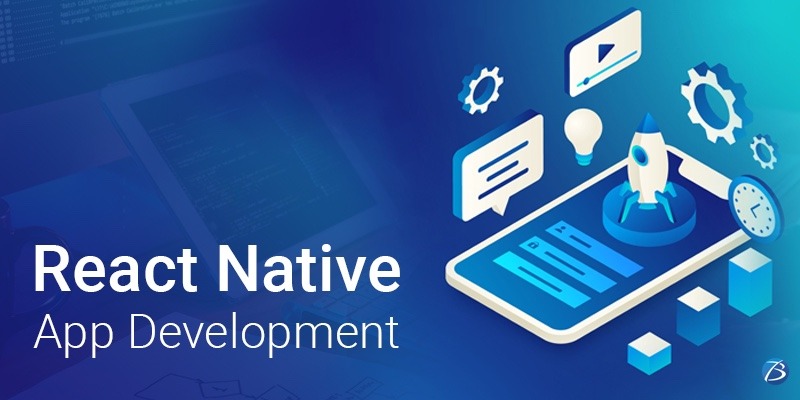 While developing mobile apps, most of the businesses want high-performing apps built faster at minimal costs. But the availability of numerous outstanding technologies causes dilemma while choosing between top-quality app development and low and affordable costs. In this regard, ‘Hybrid app development or React Native app development’ becomes the topic of the debate a lot of times.

Several businesses go for hybrid mobile app development thinking that it meets their requirement. No doubt it offers advantages like:

·       Faster development in a cost-efficient manner

But before investing in hybrid apps, businesses must also look at the drawbacks associated with it.

Unsatisfactory Performance: These apps crash several times. Also, these introduce an extra layer between the targeted mobile platform and the source code which ultimately deteriorates their performance.

Unappealing User Interface: The first impression is the best impression. Hybrid apps visible on the app store do not entice the user because they have a very dull look and appear like web apps on the android and iOS platforms. Owing to lesser clarity users tend to avoid downloading such apps.

Below-average User-experience: The UX of the modern-day apps is impeccable and highly captivating. But a hybrid mobile app fails to match with this raised bar of UX in the apps. They have sluggish graphics, limited animation, keyboard malfunction, and absence of platform-specific features that contribute to poor user experience. This could be the probable reason why Facebook switched from HTML5 to React Native.

Debugging Issues: As discussed previously, the additional layer between the platform and the code of hybrid apps makes the debugging process lengthy and complex. The developers have to rely on the framework to make modifications to the targeted OS. Also, since the developers may not have a thorough knowledge of the target platform, detecting issues in these apps becomes highly time-consuming.

Limitations while upgrading to Latest Features: To stay in the competition it is essential for the apps to embed new features and upcoming software capabilities. But in hybrid mobile apps, this process is extremely difficult and troublesome.

With such disadvantages, it can become highly impossible to develop attractive, engaging, and robust apps while maintaining cost-effectiveness. At this time, React Native app development comes in picture. 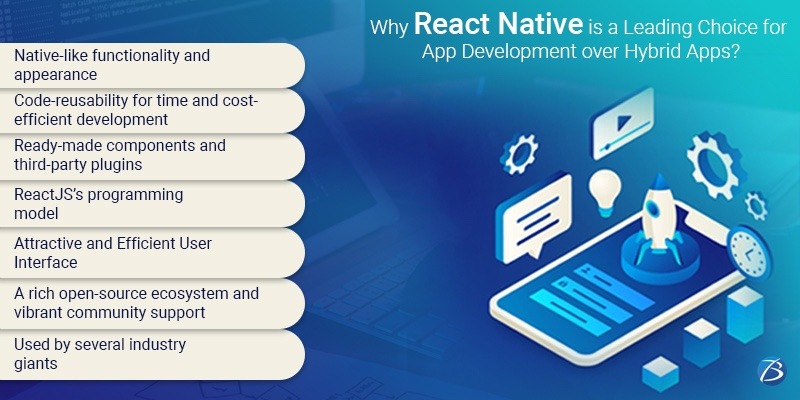 Similar platform components are used in React Native apps like native Android or iOS apps. So, these have native-like look and feel and have better performance. On the contrary, hybrid apps are like a web view with a native container wrapped around them. They are not smooth and fast. On any operative device, hybrid apps run and behave like web apps.

Code-reusability for Time and Cost-efficient Development

The benefits of React Native as a cross platform mobile app development framework are known to all. This framework allows the sharing of a single code-base across multiple platforms, and so it is possible to create top-grade apps in half the time when compared with native apps, thereby being more cost-effective. Hybrid apps, on the other hand, have age-old frameworks that require more time for development.

React Native has a reusable component-specific structure, so the developers do not need to write code for these components from scratch. Comparatively, hybrid apps have a WebView component that is getting out-dated gradually. Also, React Native has a host of amazing third-party libraries with pragmatic interfaces and flexible customization options.

React Native is nothing but a JavaScript framework at its core and makes use of the programming model of ReactJS. As a result, the React Native developers utilize the same conceptual framework used in ReactJS apps.

React Native is much more exclusive and versatile as compared to other JavaScript frameworks like Angular and React. Due to the asynchronous JavaScript connections, the resulting user interface of React Native becomes highly responsive and native-like. It has a smooth feel with faster loading times and looks much better visually as compared to hybrid apps.

This framework is open-source and has a rich open-source ecosystem for knowledge sharing and external integration. It is backed by a strong community and talented developers worldwide contribute to its progress. Big players like Facebook, GitHub, Callstack, Software Mansion, Microsoft, Infinite Red, etc. support this framework.

Above all, this cross-platform framework supports big leaders like Instagram, Facebook, Tesla, Walmart, Bloomberg, etc. It is being adopted for varied applications by diverse industries and this fact speaks for the popularity of React Native.

The below-mentioned features simplify the coding efforts and also make the testing of the apps easier.

·       It has a modular architecture that helps to divide the code functions into free and interchangeable modules; thereby speeding up the development process.

·       The ‘Hot-reload’ feature is another great feature of this framework. Any modification in the code immediately reflects in the apps, even while the apps are running. It reduces the wait times and allows the implementation of any feedbacks with ease.

·       The declarative coding style in React Native makes the reading and understanding of code much easier. It enables even new developers with basic knowledge of JavaScript to grasp the coding of this framework.

We hope this blog was helpful to you in understanding why React Native is a preferred choice for app development.

To know more about our other core technologies, refer to links below

Advantages, Downsides, & Mistakes To Avoid while developing React Native Apps
Learn about the advantages of React Native app development and the commonest developmental mistakes to avoid.

List of Top Local Databases used for React Native App Development in 2022! Second Title:
This post enlists the prominent local databases to watch out for in 2022 if you are planning to develop an app with React Native.

Key Factors affecting the Cost of React Native App Development!
Peek through the key factors influencing the React Native app development cost and get an estimate of the expenses involved during various stages.

Best wordpress development company india
The Wordpress Development Company in India is a web design and development agency. We are one of the best information technology and product design companies in India.

Technology Experts At Pixel Values Are All Set To Provide World Class Solutions At GITEX 2021
Gitex is one of the most significant shows in the technology calendar which is held every year at the world trade center, Dubai.

Thinking of Software Development Outsourcing? Avoid these 4 common mistakes
As per Morgan Stanley, software development outsourcing budget is estimated to grow by more than 4.2% in 2017.
IT solutions Mobile Apps Development Hire React Native App Developer Software development Mobile app developer
Business details
Biz4Solutions LLC
We at Biz4Solutions are based out of Frisco, TX and work with developers working from Pune, India. We mainly focus on building complex custom software solutions for our enterprise customers.
×