Learn the differences between React Native and the other trending cross-platform frameworks; before you opt for React Native app development. 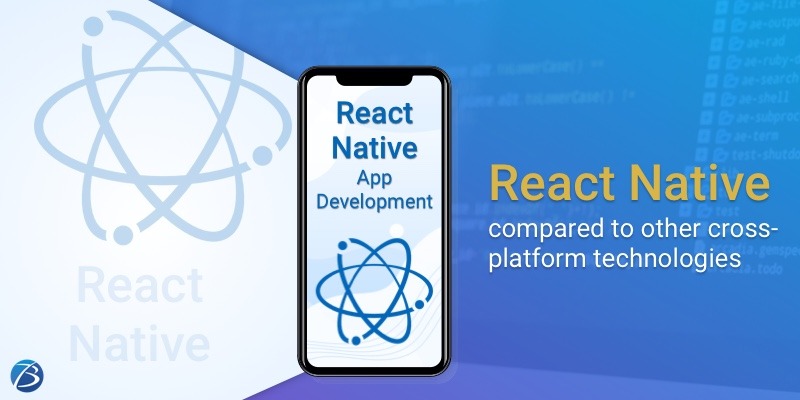 A survey conducted by Statista reveals; “Cross-platform technologies are used by approximately one-third of the mobile app developers as of 2020. Out of the contemporary cross-platform frameworks, 42% of software developers used React Native, 39% used Flutter, 18% used Cordova, 18% used Ionic and 14% used Xamarin”.

The aforesaid data indicates the popularity of React Native framework amongst the trending cross-platform frameworks. Yet, an app creator finds it difficult to select a framework for the next app development project; due to the availability of multiple options. So, despite React Native’s high adoption rate, businesses are curious to know about where this framework stands in comparison to its competitors – Flutter, Cordova, Ionic, and Xamarin. And, to be honest, it is a smart move to analyze all the available options and weigh the pros and cons of the most popular framework before narrowing down on a single option for app development.

React Native uses JavaScript, a most popular, dynamic, and high-level programming language. React Native blends the goodies of JavaScript and the web framework ReactJS. It also permits the writing of modules in Swift, Objective-C, or Java languages.

Flutter uses the Dart language. Dart can be compiled into the native code for enhancing the app’s performance. During build creation, Dart gets compiled into the code for ARM and x86 processors (Ahead of Time) and can also be translated into JavaScript as well as support dynamic compilation through the runtime (Just in Time).

Cordova enables one to use web technologies like CSS3, HTML5, and JavaScript for cross-platform app development, avoiding the usage of the native development language for each mobile platform. The applications are executed within wrappers meant for each platform and depend on the standard API bindings for accessing the data, sensors, and network status of each device.

Ionic makes use of web technologies such as JavaScript, CSS, and HTML5 for writing and running applications. The Cordova wrapper is needed for accessing the native platform controllers. Ionic’s core is written in Sass and the chief programming language is TypeScript. The usage of Typescript enables Ionic developers to detect as well as eliminate errors while code typing, and as such enhances the code quality. However, the usage of TypeScript is optional as the entire app can be written in plain JavaScript.

Xamarin uses the .NET framework and C#, a statically typed language; for all mobile platforms. A developer using C# with Xamarin can achieve the same outcome as delivered by Swift, Objective-C, or Java. 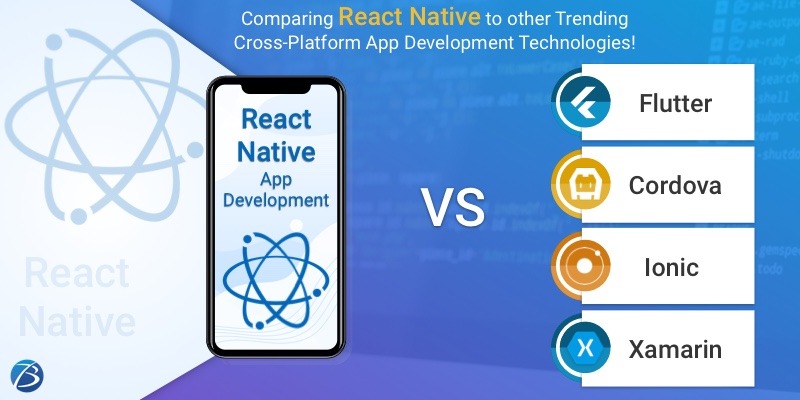 I hope the comparison of React Native and its contemporaries was enlightening and will assist the businesses planning to develop cross-platform apps to decide on the best cross-platform framework that suits their needs.

For technical assistance with any of these aforesaid frameworks; contact Biz4Solutions; a prominent and highly experienced mobile app development company.

React Native or Xamarin: Which framework should you Pick in 2022?
React Native and Xamarin are amazing cross-platform frameworks that come with unique offerings and are ideal for specific app development requirements.

What are the Factors that affect the Cost of React Native App Development?
React Native is an amazing cross-platform framework that comes with unique offerings and several benefits like a lower app development cost.

ReactJS vs React Native: A Comparative Analysis!
Learn about the React Native and Reactjs frameworks, the most notable differences between them as well as their share of pros and cons.

Ionic or Flutter: Which App Development Framework should you choose for your Next Project?
Ionic and Flutter frameworks excel in cross-platform app development employing a single codebase. Yet, they are different from each other and are suitable for specific project requirements.

Cross Platform is The Best Choice to Develop Mobile Application?
Many developers struggle with the question of whether or not to develop a new application from the ground up with the intent to deploy to multiple platforms.

Differences Between Android And iOS App Development
When it comes to creating a mobile app, there are really only two platforms that developers need to concern themselves with: iOS (Apple) and Android.

Mobile Apps vs Web Apps: An Explanation for Non-Developers
In this age and day, most people have interacted with apps in one way or another. There are apps for all sorts of things; from food recipes to personal training manuals.